While we bring you the best online casinos available – see below in our casino chart – we also understand that sometimes you’re looking for something different.

You’ve got vacation time coming, and what better way to spend a few days? Treat yourself to a land-based casino experience with all the extravagance, excitement and pampering that comes with it.

Gambling for prizes has been a feature of almost every civilization since pre-historic times. Archaeologists have found evidence of man’s interest in competing for fun and for rewards around the world. Today much of the gaming activities are concentrated at land-based casinos which feature live dealer gambling plus hundreds – sometimes thousands of gaming machines.

American gamers have many casino options today but that wasn’t always the case. Until the 1930s all of the states outlawed gambling, based on the belief that it was an immortal activity that could lead to crime. The state of Nevada, which legalized gambling pursuits in 1931, led the way in making casino gaming an acceptable form of entertainment. Today 48 of the 50 states allow gambling in some form, with Utah and Hawaii being the only states that prohibit gambling in any form.

The earliest archaeological evidence of gambling comes from China where the famous “Book of Songs” references the “drawing of wood.” Historians believe that this refers to a lottery-type game. Further evidence can be found in the form of slips that resemble the game of Keno. Some historians have even posited that this lottery helped to fund the construction of the Great Wall of China.

Other remnants of early games have been found in archaeological digs in Iran, Africa, Greece, Rome and Israel. Some of these games, such as Senet in Egypt, Mancala in Northern Africa and the Royal Game of Ur in Persia have survived, in some form or another, and are still played today.

By the Middle Ages gambling was so popular among the upper classes that it became economically feasible to create a gaming center. The first “little house” – the Ridotto Cascina – was established in Venice, Italy in 1638. The Ridotto, which is still in use today, was created to provide a controlled gambling environment during the unruly carnival season.

No one knows for sure which games were featured at the Ridotto in the early days. Historians suspect that there were games of Baccarat, vingt-et-un (21 – Blackjack) and Little Wheel (roulette). These were all games that were beginning to evolve during these years. Therefore, it’s reasonable to assume that the early casino included these games in their gaming line-up.

The success of the Ridotto led to the development of the French Riviera as a casino mecca. Casinos were built up and down the Cote d’Azur coastline from France to Monaco to Monte Carlo. The Riviera became the playground of European royalty as well as the rich and famous. Here they combined their casino entertainment with socializing and politicking.

Gambling in the United States didn’t get off the ground until the evolution of Las Vegas as a gaming capital. Visionaries adopted the model of the Riviera casinos and expanded it. They brought first-class entertainment acts, luxury accommodations, gourmet restaurants and high-class shopping right into the casino center.

The developers reasoned that, if people had everything that they needed for their vacation right at their fingertips, they wouldn’t need to leave the premises. This was the ticket, the developers believed, to allowing people to enjoy the most expansive gaming event possible.

Today many of the newest land-based casinos follow the Las Vegas model. The casinos are generally all-service venues where a person can go for a week-long vacation and play games, eat meals, shop and enjoy entertainment right at the casino site.

In addition to the casino centers of Vegas, Atlantic City, Teller Colorado and Miami there are almost 500 casinos located on the reservations of Native Americans.

Some of the Native American casinos function as opulent resort venues while others are small and intimate sites. They are located throughout the United States, primarily in the Western States.

Land-based casinos in the United States feature all of the popular gaming options. They include table games, card games, lotteries and slot machines. US gamers have their choice of multiple types of roulette, blackjack and poker at the land-based casinos. This way, each player can choose a game that suits his/her personal tastes and gaming level.

The big casinos tailor these table and card games to the big bettors. They’ve discovered that their profit margin jumps when fewer players play for bigger wagers, as opposed to more players gambling at lower betting levels. The table limits can be frustrating for casual players who are looking forward to some simple, low-cost entertainment, only to find that they’re turned away from the classic parlor game tables.

All of the slots machines at all of the casinos are no limits games. The casinos encourage low-level bettors to play the slots where each gamer can place the bets that meet his/her budget. There are many different gaming design companies such as Aristocrat, Bally’s, Universal, etc. Each casino chooses the company that creates the games that they believe will appeal to their clientele to power their casino.

Slots are popular game options because every player can play a game that suits his or her interests and fantasies. There are slots themes that range from game plots of intrigue, romance and suspense to themes of mystery, mysticism, magic, history, animals, whimsy and more. Many of the casino slots are based on popular movies and TV shows which makes them an even more entertaining gambling choice.

Players are encouraged to explore land-based casinos so that they select a casino that gives them the best gambling option possible. 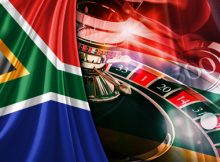 The original European settlers in South Africa brought their puritan ethics with them and outlawed gambling throughout the region. That all changed when a more open South African government took control in 1994. Today, in addition to the national lottery, there are multiple South African land-based casinos located around the country which give gamers many options from which to choose. History The majority of South Africa’s early European settlers followed …
Read More 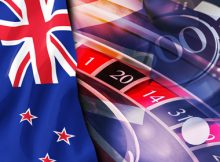 Casino aficionados from around the world join Kiwi gaming enthusiasts at NZ land-based casinos. Land-based casinos in New Zealand provide high-quality gaming entertainment along with theatrical performances, fine dining, shopping, hotel accommodations and other types of vacation fun. New Zealand’s population is quite small – only about four million people. However, the country’s location, at the crossroads between Australia and Asian financial superpower nations, makes it a prime location for …
Read More 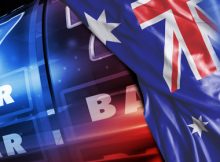 Thanks to liberal gambling laws, players in Australia are able to enjoy easy access to Aussie Land-based Casinos throughout the country. Australian land based casinos operate in Brisbane, Melbourne, Gold Coast, Sydney, Darwin and other locations, providing secure and relaxing legal gaming entertainment for Aussie residents and visitors. Land-based Casinos in Australia Australian government officials estimate that over 80% of Australian adults engage in some type of gambling activity on …
Read More 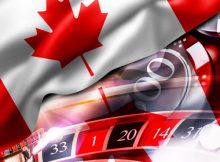 Casino gambling is a popular form of entertainment for Canadian citizens. Canadians have easy and convenient access to a wide range of Canada land-based casinos. These include both small and large casinos, casinos with no-limits gaming options and casinos administered by First Nation Tribal authorities. There are casinos in almost every Canadian province. This is because gambling has been legal in Canada for over 100 years. Laws specifying the legality …
Read More 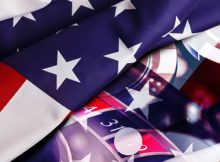 USA land-based casinos have progressed from back hall gambling salons of the 1930s to the opulent betting centers of today. These days, American gamers can find gambling fun with real money prizes at dozens of USA land-based casinos. You can find gaming options in many states across the nation. They include Arkansas, New Jersey, Michigan, California, Delaware, Florida, Maine, Indiana and Louisiana. In addition to casinos that are located in …
Read More