European moose have been known as Elk for centuries though the name was given to large deer in North America by early settlers. Today most people know Elk Games as the Swedish online gaming software developer which creates some of the world’s most engaging online games.

Elk Studios has moved beyond game design to develop gaming systems. Their Game On and Betting Strategies features set Elk games apart from other game creators as they allow both beginning and advanced players to enjoy the ultimate gambling experience.

Elk Studios is a Swedish online gaming software designer. The studio was established in 2012, specializing in creating new and interactive online slot machines.

Elk is unique in that it focuses on hardware and software simultaneously. Elk professionals work with statistical models to bring new gaming systems to players worldwide. At the same time the art studio employs realistic sound effects and engaging images to bring characters and storylines to life.

Elk is one of the fastest-growing game developers. The designers focus on delivering games that allow players to indulge their fantasies through free or real money gaming entertainment.

Check out our free games here at Slots Play Casinos to get a feel for these great games! Just use our handy filter for Elk and choose from the best Elk games around.

Some of the most popular Elk slots games include:

In the Wild Seas online slot, the plot centers on usually-serene Port Royale vacation paradise which turns wild and stormy when a battle starts to rage. As the fog rolls in, the cannons fire on and surround treasure-laden merchant convoys. Anne Bonny, the notorious lady pirate, prepares to board the vessels with her loyal crew. Bonny is loved and admired by the local fishermen and the islanders but the powerful merchants of the East India Company, who betrayed Anne’s father, hate her.

Anne is determined to right the wrongs being perpetuated on the people of Port Royale while avenging her father. To make that happen Anne launches attacks on the merchant ships to take their ill-gotten gains and return them to the Port Royale citizens.

Players can join the fun when they play the 5 reel Wild Seas online slot machine. The game mixes the engaging storyline with free spins, wilds, sticky wilds and special prizes. There are 178 different ways to win on every spin in this game. Every win triggers a payout with the top payouts valued at 178.000 coins.

The Golden Age of Piracy plays out on the desktop and mobile gaming screen in this game. There are 2 bonus games. Bonus Game 1 is the Break the Convoy Bonus game in which two Wild Seas flag symbols, appearing anywhere on reels two and four, trigger free spins. In this game a merchant captain is selected to replace all other captains. As the free spins game launches a convoy of merchant ships covers the fifth reel.

On every free spin the convoy sails one step leftward. When a pirate ship lands on reel five it fires its cannons at other ships located on the same row. The damaged merchant ship is then held back for one spin and can be damaged further if hit again. If the ship is hit three times it will sink and reveal the captain’s chest of gold. Players aim to collect as many chests as possible before the next bonus game level. The bonus game ends when no ships are sunk during the Break the Convoy bonus game and all of the merchant ships spin away to reel one.

The fun continues in the second level of the bonus game — Loot the Treasures. Level 2 starts off with free sticky wilds. Players need to keep adding as many sticky wild chests as possible – the more sticky wilds collected, the more combined treasures won. The second, third and fourth reels are filled with treasure chests which open when hit. Once opened you’ll see more sticky wilds.

Gamers need to watch out for bomb barrels on reel one since they’re loaded with gunpowder. If you hit a bomb barrel on reel one the barrel explodes which ends the bonus game. On reel five there’s a higher frequency of looted treasure chests and extra pirate ships. These extra symbols set the stage for more sticky wild wins. 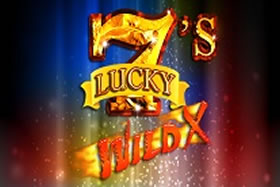 Ivanhoe brings the war between the Normans and the Saxons to life through a love story that takes the participating players back in time to the era when the Saxons battled the Normans for Britain. As in the original story, the Ivanhoe slots delivers intrigue and suspense.

Close collaboration between designers and programmers makes the five separate Bonus levels a success. These bonus levels display as a dot matrix display that conjures up images of old-time pinball machines. All in all, players will thrill to a game that combines old-time pinball machines with 21st century slots interaction as the knight saves the princess and earn her undying love.

Mobile gamers can play Elk games at any time and from any location on any handheld mobile device. The retro styled slot combines with the latest in casino technology to bring Walter Scott’s tale to life. High winnings and a rich bonus game make this a great game for high rollers and low-betting players alike. Traditional attributes of a knight such as courage, cunning, strength and a good portion of luck are highlighted together with visual action and big payouts.

Traditional slot symbols mix with free spins, dot matrix, 17 Ways to Win on every spin and retro styled sound effects for a game that delivers up to 510 times the bet per spin. The bonus game is triggered by three bonus symbols on a pay line. The Crown is the Wild in five different bonus game levels. The multiplier per win increases in each level as do the challenges. Once you achieve the minimum number of coins and the maximum number of multipliers in one level, you’ll move up to the next, along with any free spins that remain from the previous level.

Elk wants to make sure that players can enjoy free slots so they create all of the games as free games that can be played with no deposit in the Free Mode. For real money slots, simply add a bet and play for real in the Real Mode. 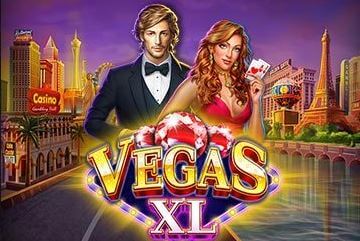