A newly released study conducted by the Pew Research Institute in conjunction with the Rockefeller Institute of Government, indicates that sin taxes are not likely to be the financial bonanza so many states expect them to be. States are in dire financial straits and see taxing gambling winnings—one of the many so-called sin taxes— as one of the last ways they can raise the kinds of revenues they will need just to pay the interest on their debt. 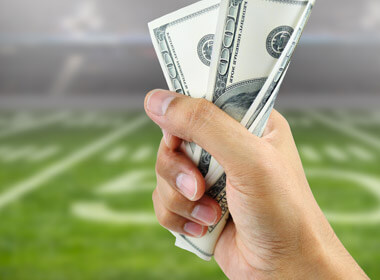 The idea of taxing gambling winnings is not new. Every state that already has a state income tax expects citizens to report gambling winnings and to pay taxes on them. Unfortunately, for the states, much gambling is done illegally and thus no taxes are paid either on gamblers’ winnings or on the bookmakers’ profits.

The findings in this study are newsworthy precisely because so many state legislatures are discussing raising taxes on so-called sin activities like alcohol consumption, smoking, and the like and also because states are considering legalizing sports betting in light of the Supreme Court’s decision that PASPA was passed unconstitutionally. PASPA, as you will recall, made sports betting illegal in 46 states, excluding the four states where sports betting already was legal.

There is even talk about taxing online casino bonuses as a form of passive income, similar to royalties and the like.

If raising sin taxes doesn’t raise revenues as expected it may be better to lower them than to raise them. This would be in keeping with the insights of the Laffer Curve, named for the Nobel prize winning economist Arthur Laffer who found that lowering taxes can raise revenues and jump start a languishing economy.

Furthermore, if legalizing sports betting won’t produce enough new revenue to offset state expenses, it will be necessary to find other ways to raise said revenues.

Even though modern societies universally support higher tax rates for people with higher incomes, they also support these so-called sin taxes that do the exact opposite.

The reason is that sin taxes are for a set amount of money or a set percentage. It is usually denominated as a fraction of the basic unit of currency such as a given number of pennies in countries that use dollars. Clearly, if the tax on a pack of cigarettes is one dollar, it impacts a low income person more per pack than one with a high income.

No state has yet found a way to make sin taxes “progressive”. That would entail purchasers to show a card with their income tax bracket every time they buy tobacco products, alcohol, soda pop, and any other product upon which the state chooses to place a sin tax.

The amount of the sin tax relative to the same tax in nearby states or countries also impacts the overall effect of such taxes. This is very easily seen in the United States, especially in the Eastern half of the country where the states are smaller and there are many tax authorities.

In the Chicago area, many people travel a short distance to buy many products that carry a smaller local tax than the tax imposed by the city of Chicago. This phenomenon costs the city large sums every year but the city council has not yet come to understand that it could garner more revenue with a lower tax.

Chicago is not the only big city with this problem.

Since this is the next big sin tax category, it behooves state legislatures to rethink the entire concept of taxes sports betting. At the present time, billions of dollars are bet illegally on sports events in the United States and winners or bookies pay no taxes on such illegal activity.

States that are legalizing or considering legalizing sports betting need to determine what the tax will be on sports betting revenues. If the tax is too high, there is the very real possibility that people who are already comfortable betting on sports illegally will simply continue to do so. Similarly, if the tax is too high, many people who do not now bet illegally and this do not bet at all will simply not begin betting even when it becomes legal. They will surmise that the risk is too great to justify making any sports bets.

Returning to the study that Pew Research and the Rockefeller Institute of Government conducted on the usefulness of sin taxes to shore up state ledgers. The head of the research team, Mary Murphy, succinctly summed up the problem inherent in taxing “sin”: “They can produce short term revenue boosts but they can also cause long term structural challenges for state budgets.”

In the short term, smokers continue smoking, alcohol drinkers continue drinking, and sports bettors continue betting. In the long term, we see that people adjust their habits. Smokers smoke less or quit altogether. Drinkers drink less or buy alcoholic drinks that have lower taxes on them.

The aggregate amount of money bet on the full range of sports events will likely remain stable. Thus, betting on team sports will simply cut into the amounts bet on pari-mutuel horse racing events. This will be especially true of sports bettors who used to bet on horses and switch to betting on football, for example.

If the horse racing tracks begin to generate less money for their owners, they may even have to close, further reducing the tax revenue to the states.

Economists say that the total amount of tax revenue generated by sin taxes is rarely more than 2-3% of the state’s overall budget. Taxes generated from increased business activity are far more lucrative. The bottom line is that states that need to increase revenues should pass tax and other laws that make the state more amenable to business formation.