Casino news should be about new casinos being built, big progressive jackpot winners, how to access bonuses with the correct bonus codes, new slots and other games, and the continued phenomenal developments in casino gaming technology.

Sadly, the news also brings word that a casino in Myanmar was brutally attacked Saturday with the death toll at this writing having reached 19. The number includes four security forces personnel and fifteen casino patrons. 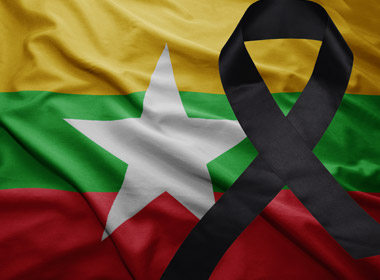 Political Rather Than Religious

Myanmar is beset by an armed insurgency. The more prominent insurgency is taking place in the west of the country while the attack on Saturday was at a casino near the Chinese border in the east of the country.

The Ta’ang National Liberation Army (TNLA) admitted that it had targeted the casino as it is run by security forces near the border with China. In its own words, the TNLKA is fighting its bloody battle with the government to raise awareness of the desire of the Ta’ang, Palaung, and other ethnic groups for more political, social, and cultural autonomy.

The more prominent internal conflict in Myanmar is in the Rohingya ethnic region of western Myanmar. Some reports have connected the two conflicts as it appears that the attack in the east came about because so much attention was being paid to the situation in the west. Other reports claim that, even though the insurgencies seek redress of grievances for minority ethnic groups, the two insurgencies are essentially unrelated to each other.

The attack at the casino was said to be in retaliation for an army attack on the Kachin Independence Army.

The casino that was attacked is accused of being a center of distribution for illegal drugs. A spokesperson for the TNLA said that it is regrettable that some civilians may have gotten caught in the cross fire but the casinos are hotbeds of illegal drug activity and were targeted for that reason.

The accusations of endemic illegal activity at this casino are a far cry from the general approach most people have about land based casinos: that they are fun palaces where gambling is only one aspect of the fun to be had there. Casinos conjure up images of free-flowing alcohol, cheap but not inferior food, a long line of games from slots to table games, plus entertainment, luxury hotels, swimming and shopping and much more.

Unfortunately, casinos have been used to stage attacks on civilians in the past. The most recent was the high-powered attack with sophisticated weapons from the upper stories of one hotel on concert and festival goers on the grounds of the neighboring hotel

At this writing, no one yet knows what the ultimate motivation was for the Las Vegas attack. What we do know is that casinos are becoming easy targets for mass killers as the security casinos have long been concerned with is the problems cause by drunk customers.

An attack in June 2017 left 38 dead and 70 injured. The perpetrator set fire to the building and many of the injured broke their legs jumping from burning rooms. Many who chose not to jump died of smoke inhalation.

That attack was religious in nature as Islamic State took responsibility for it.

In 2011, members of a dissident group set fire to a casino in Monterrey, Mexico killing 52 people.

Macau responded to the attack in Las Vegas by increasing security staff in its casinos. Macau is a Chinese city with a great deal of autonomy as it was formerly a Portuguese colony. Casino gaming has raised large sums for the 600,000 residents of Macau who felt that the cost of enhanced security forces was well worth it as the city relies heavily on revenues from the casinos.

It is far too early to tell if casinos elsewhere around the world will respond to the attack in Myanmar or will continue to rely on the level of security that now have. Such minimal security staffs would be no match for a well-coordinated attack from an aggressive militia or terrorist force.

Americans are not yet accustomed to the kind of intrusive inspection people in other countries expect as a regular feature of entering public buildings. It is true that the United States have introduced screening for all patrons entering sports stadiums. The threat of a mass attack, while low, is too grave to allow tens of thousands to enter without inspection.

American malls and other very public places are not so well protected. So, if the attack on a casino fun center is any indication, there will be at least one such attack on an American land based casino sometime in the future.

With that in mind, now might be the time to enact far stricter security measures in all American casinos as inconvenient and intrusive as they may be.