Slots Play Casinos » News » How to Behave Correctly while Gaming

Thunderbolt Casino is one of the online casinos we at Slots Play Casinos recommend to our readers.  The casino has much to offer and one of the things the casino works very hard at is responsible gaming.  We all are familiar with the concept of responsible gaming in terms of betting only with money that you can reasonably afford to play with. 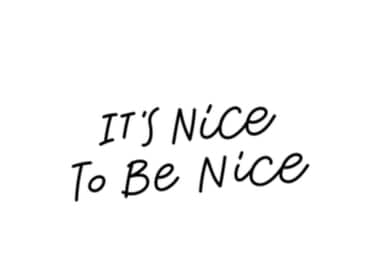 Responsible gaming also applies to certain areas of common courtesy.  Strange that online casinos are as committed to courteous gaming as are land based casinos!  Still, it might surprise you to hear us say that there are some rules of common courtesy that online gamers should follow to make gaming more fun for themselves and for others.

The Rules of Etiquette at Land Based Casinos are Obvious

We can easily list the rules of common courtesy for land based casino gamblers.  Here is a short list:

This is decidedly a very short list of no-nos for land based casino players.  It is interesting how similar the rules of etiquette for online gamers are the same!  The only difference is in the form the behavior that shows poor etiquette takes place.

Let’s take a closer look at these land based casinos rules of etiquette before we go on to talk about correct behavior at an online casino.

Land Based Casino Gamers are in Direct Contact with Each Other

Especially at the blackjack table, you will find players who know very little about correct strategy so they always stand with 12 or more points.  Some very aggressive players will actually tell a player who does know that it is often correct to hit with 12 points that he or she is stupid.

This is the height of poor sportsmanship!

Land based casinos have many employees who serve the gaming public.  Always strive to be friendly and courteous with casino employees.

Especially in this time of social distancing, it is important to stand a respectful distance apart from a player at a terminal.  This was always the case but before the corona virus hit, people did crowd other players at terminals.  In many cases, the reason some players crowded others was to make them feel so uncomfortable that they would give up their terminal!

We all know that some people handle alcohol better than others.  Land based casinos employ burly tough guys to handle those players who get aggressive when they have had too much to drink.

Some players get the alcohol that sends them over the good behavior edge for free from the casino while others walk into the casino already heavily under the influence.  In either case, an unruly drunk makes gaming at that establishment very unpleasant for those players who are there just for a good time.

As an aside, we always tell casino gamers to never drink even a beer while they are playing.  There will be plenty of time to have a drink after gaming so there is really no reason to alter your cognitive ability with some alcohol while you’re gaming.

Treat Women and Men with the Respect They Deserve

People get hit on in public places all the time.  However, a land based casino is one of those public places where many people feel that what is improper conduct at a supermarket is perfectly okay at the casino!

This is a big mistake!  Don’t make it!

How Can Behavior be Uncivilized for Online Gamers?

The key here is that many online casinos also operate forums where gamers can interact with each other.  Good behavior can turn into bad behavior through one’s participation in an online casino forum.

Never Tell Someone that they are Stupid

If a gamer at an online forum talks about blackjack and mentions that they use a betting system that guarantees that they will end up ahead of the house, you can tell them that betting systems all have internal flaws that render them a poor way to bet at games of skill.

You can respectfully point out that the random number generator makes any system for playing progressive jackpots moot.

But never tell a gamer the he or she is stupid.

The Key in Online Forums is Mutual Respect

Don’t tell a gamer what to do; tell them what you do in similar circumstances and also tell them why you play that way.  You can direct gamers to online sites that explain the best strategies for all casino games.

You should avoid as much as possible telling someone what they “have to do”.

Never Brag about Intimidating a Gamer at a Land Based Casino

A player’s anonymity at an online casino forum might embolden them to speak about how they forced a gamer at a land based casino to give up their terminal by standing too close, even by breathing down their neck!

If a gamer at an online forum makes such a claim you should inform the operators of the forum so the clueless player can be banned from future access to the forum.

Never Hit on Someone at an Online Forum

Sometimes it is even worse to be hit on at an internet forum.  You come to communicate with other gamers from around the world and you don’t want someone asking you to send pictures and even worse.   All other manners of very poor behavior in inter-personal relations—such as innuendo, sex jokes, and the like— are to be avoided.

Since online forums attract people from all over the world, it might be easy to tell bad jokes at the expense of someone’s ethnic or national background.  Some players don’t just tell jokes that are in poor taste; they openly disparage groups or countries.

Online gaming forums should be apolitical.

Never Talk Negatively about another Casino

This applies both to online and to land based casinos.  At a forum, the other casino has no way to defend itself.  So, even if you feel that you have a legitimate beef with the casino, it is best not to involve other gamers in your complaint.

Most other gamers will tell you to stop ranting and raving, usually in less soft language than we just used here.  This will only serve to rile you up!  So, use the online forums as way to make contact and common cause with other gamers!

A simple rule of thumb is that common courtesy puts the fun into gaming!