The United States Supreme Court is not giving any indication to its direction regarding the appeal by New Jersey.  This appeal is of a ruling by a lower Federal Court to disallow sports betting in New Jersey on college and professional sports.  The gambling on these sports is to be allowed according to the New Jersey law that was struck down at land based casinos and racetracks in the state.

SHARE
The law in question is called PASPA which stands for Professional and Amateur Sports Protection Act.  The idea behind the law, which was passed in 1992, is that gambling would bring so much money to bear on amateur and professional sports that it would be their ruin. 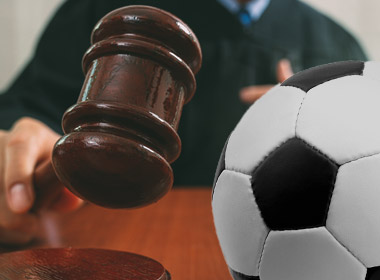 New Jersey wants to re-introduce sports gambling as a way of helping its casinos and racetracks.  Even though Atlantic City’s casinos recently announced that in aggregate they had turned a profit in 2017 for the second straight year, no one sees this as a solid trend.  So many other diversions are already in place that it remains questionable that they can stay in business without a boost.  This appeal is meant to give them the boost they need.

Many states are known to be ready to introduce sports gambling if the Supreme Court rules that the law as written by Congress and signed into law by President George H. W. Bush is, in fact, outside the authority of Congress.

The Supreme Court agreed in June of 2017 to hear arguments in the case.  Given the slow-moving nature of the courts, arguments were heard only in December and the court is expected to render its decision in the spring.

First Opposition from Sports Leagues; then Willingness to Listen

The National Collegiate Athletic Association (NCAA) and the four major professional sports leagues, from baseball, football, basketball, and hockey all opposed the appeal at first.  The commissioners of the NBA and of MLB, Adam Silver and Rob Manfred, have said that they are open to well-regulated sports betting on their sports.

To Commissioner Silver the idea of sports betting that is transparent and regulated is the key.  Commissioner Manfred has expressed the understanding that sports betting, like the type of gambling that already obtains in the fantasy leagues, would put MLB in a continuous spotlight which would be good for business.

The NCAA is not expected to change its position as student athletes are theoretically unsalaried and thus would be most tempted by the amount of money flying around college sports.

The NFL has not softened its position regarding the law and the appeal but observers are now saying that the league has suffered through such a horrendous season from the standpoint of fan support that sports betting might very well put the professional game in a more positive light.  The attention the league has received this season has been so negative, it might need the juice that sports betting would provide to forestall any further loss of fan support.

Hockey often drags its feet on apparently controversial matters.  So, we will probably find out how the NHL feels about sports betting after the Supreme Court renders its decision.

A Piece of a Very Large Pie

Taxes are another aspect of the states’ interest in regulated sports betting.  The states are all facing severe financial crises and sports betting might be one way to raise revenue without imposing new and highly unpopular taxes.

There are still some states that have said that they would not move to implement sports betting were the law to be struck down in court.  The number of states on record that would like to have legal sports betting under their purview stands at 32.  Many states would come aboard if the court says that they may.

What Do the Justices Think?

Court observers always speculate in controversial cases.  They analyze the questions asked, the justices’ body language, tone of voice, and any other variable that might hint at a direction for each individual justice and the court in general.  So, it’s quite significant that observers feel that Justices Breyer and Kennedy seemed amenable to cutting the law down on 10th amendment reasons.  The 10th amendment to the United States Constitution disallows Congress from taking unto itself matters that the Constitution hadn’t explicitly granted it.

The 10th amendment has been much ignored since the 1930’s.  Justices Breyer and Kennedy belong to the wing on the Court that generally does not invoke the 10thamendment in deciding cases.  If they lean toward a strict interpretation of the 10th amendment, it could portend a momentous change in the Court in other cases as well as this one.

Online Casinos May be Next

In New Jersey, the law allows sports gambling only at land based venues.  If the Supreme Court voids the PASPA, New Jersey and other states may begin allowing online sports gambling.  The thousands of online casinos would thrill to the chance to expand their reach and many online venues would start up in response to such a decision from the court.