Online casinos came on board back in the 1990’s and from the outset there was debate as to whether they should be regulated. In 1994, Antigua and Barbuda became the first nation to establish a regulatory body for online casinos and online games “for real money”. The latter term is a kind of euphemism used in the online gaming industry instead of the term “gambling”. In 1996, the Kahnawake Gaming Commission was established.

Today, there are many jurisdictions off the shores of much larger countries that for the most part control the business of regulating and certifying online casinos. In addition, many countries and, in the US, states have their own Gaming Commission. 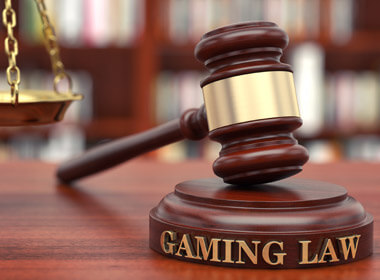 Regulation is being spoken about in many jurisdictions these days from state and national legislatures to already existing Gaming Commissions. With the possible advent of sports gaming in the US and the legalization of online gaming in some states, the subject of regulation is on everyone’s mind. Even people who shy away from advocating more government control of average citizens’ lives agree that in the realm of online gaming, regulation is a must.

A very instructive case in point occurred just recently in the State of Nevada. A land based casino was running a promotion called “Bad Beat Jackpot” for their Texas Hold’em players. In short, if a player beat a specific full house, he or she would win a jackpot and all the other players in the casino would win a few hundred dollars as well.

As it happened, two players beat the full house on the same hand. The players were supposed to reveal their hands in a specific order and one of the two winners was so overcome with emotion at winning the jackpot, announced his hand out of turn. The casino used the technicality to refuse paying the jackpot.

The players took the case to the Nevada Gaming Commission which ruled in their favor. The lessons to be learned here are:

In reality, all reputable online casinos accept and even welcome regulation as long as it is fair to the casino as well as to the players. This will always be an area of contention in every business sector and the massively growing online casino sector is no exception.

In the long run, regulation from local jurisdictions makes online gambling the fun and entertaining pastime it is intended to be.